Zagreb, the capital of Croatia, is my home town. I was born here and though I spent most of my early years in the south, I always longed to go back. The roof of St Mark’s Church is the most recognisable vista in the upper town, but not many locals climb Lotrščak Tower to see it from above. It took a challenge like Mrs Farrell’s to make me think of a particular image that would stay with me most if I was to leave this town for ever.

The most picturesque church roof in the country features two coats of arms; one of the town of Zagreb and the other of the 19th century Kingdom of Croatia, Slavonia and Dalmatia. 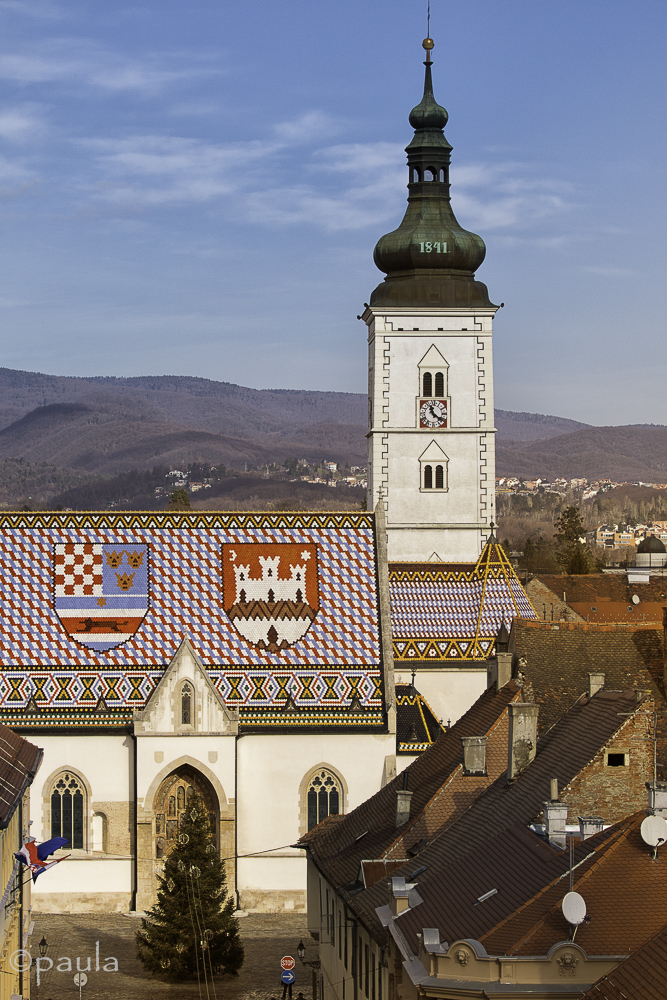 For this Thursday’s Special (colour challenge) you are invited to post photos of something that reminds you of your place, but if you don’t have any, your are allowed to come up with your own special theme/interpretation. Please see Tish Farrell’s prompt.  As usual leave links to your posts in the comment section. The links to your “knowing your place” posts will be displayed both here and on the Guest challenge post. Wishing you all a happy Thursday!

What follows are entries from participants in this challenge. Have a look by clicking on titles bellow:

Joy in the River by Irene Waters

The throne, a square lamp

Knowing your place by AE

72 Comments on “TS: Knowing your place (response to Guest challenge)”