Last August I made an unplanned visit to Seaton Delaval Hall in Northumberland.  I was in the area, visiting St. Mary’s Lighthouse at Whitley Bay.  I knew of the gardens at the Hall, but nothing of the house, so when I saw on the signpost that it was barely 2 miles away, curiosity won.  The huge shell of a house that I found astounded me.

It was, by and large, shrouded in scaffolding, and entry looked improbable, if not a little uninviting.  Still, the National Trust signboard proclaimed that it was open.  Entry was via the gardens at the rear of the house and there was an hour till closing time.  Clouds were gathering overhead, so into the garden I went. 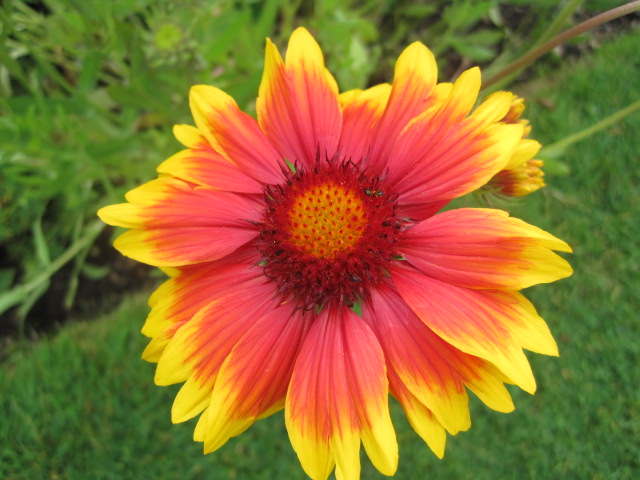 Delights were in store 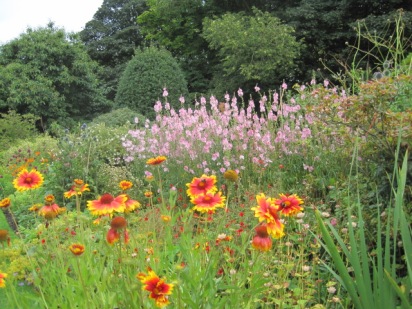 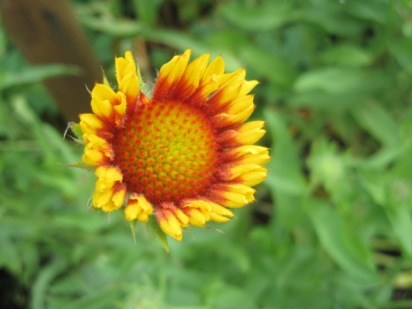 There is topiary, parterres, a rose garden, fountains, pools and statues within the 3 acres of this garden.  Anyone who loves gardens will find something here to admire, but what drew me like a magnet was the lily pond, with its gurgling frog.  It was surrounded by blue agapanthus, with a tantalising view of the house beyond. 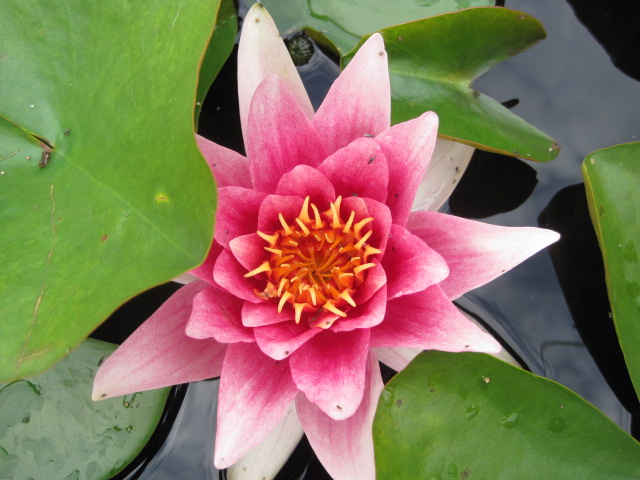 The perfection of a water lily 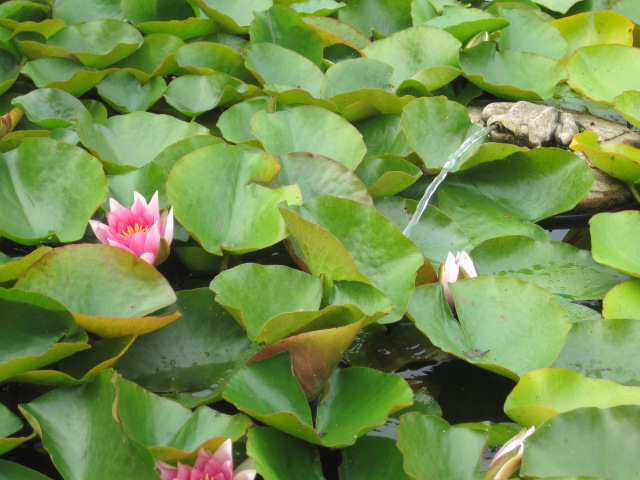 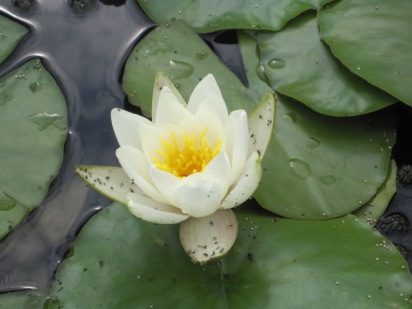 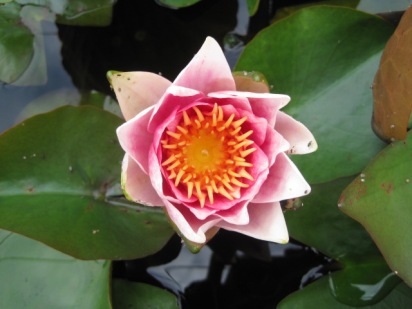 A path led through the grounds and I was distracted by the sight of a substantial chapel.  A volunteer was keen to share the history and I learnt that it dated back to Norman times.  Family crests adorned the walls.  There was obviously much to learn but, mindful of time, I picked up a leaflet and headed towards the house. 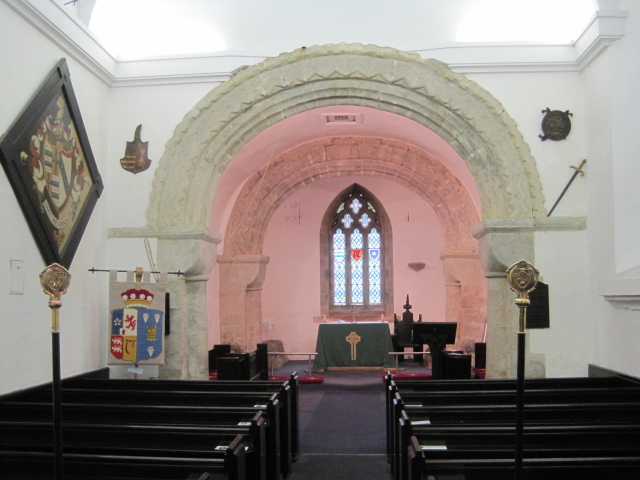 Seaton Delaval Hall is Grade 1 listed and was designed in 1718 by Sir John Vanbrugh, the architect of Blenheim Palace and Castle Howard. Like many of our English homes, it has a patchy history. The Delavals were loyal supporters of William the Conqueror, and were gifted the land for their services at the Battle of Hastings. Admiral George Delaval made his fortune in the Navy, and bought the estate from his bankrupt cousin in the 1700s. When he asked Vanbrugh to help him modernise, he was advised to demolish all but the Norman chapel. The Admiral had grandiose ideas, and wanted a turret from which to view the ocean on each corner of his home.

Neither patron nor architect lived to see its completion. In 1728, two years after the death of the Admiral in a riding accident, the mansion was completed and his nephew, Francis, moved in. The ‘gay Delavals’ brought high good times, and not a little scandal, to the house, but they also exploited the estate’s natural resources. Salt, coal and glass were produced, and a dock was created for export from the local harbour.

Tragedy struck in 1822, when the Hall was gutted by fire, thought to have been caused by jackdaws nesting in the chimney. For forty years the building was without a roof, until local architect John Dobson was hired to shore it up. Internally it remained a shell, the 30 ft high great hall still showing the effects of fire, with blackened walls and muses in the lofty niches.

Further partial restorations took place down the years until finally the National Trust were approached.  After fourteen months of fundraising, they received the keys in December 2009. 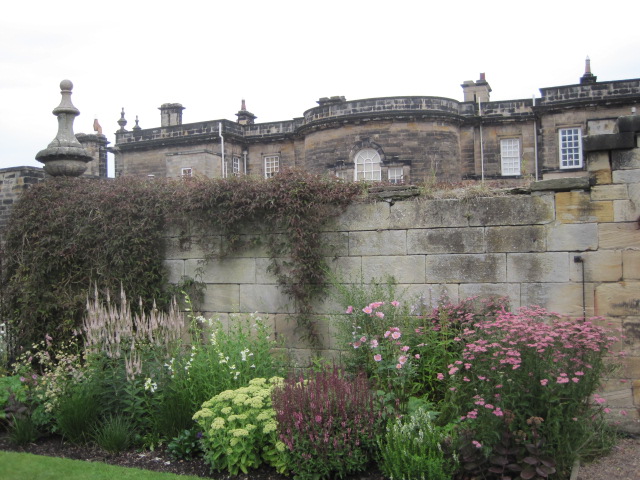 Over the garden wall

I could not bring myself to take photos of the scaffolding entrapping the house. But when I stepped inside, I was staggered at the height of the Great Hall. A guide explained about the ongoing work and a little of the family history.

There’s a ghost story, of course, and tales of military occupation and potential ruin. The house has enormous presence and I found myself willing it to be made whole again, just like the model.
In writing this piece, I returned to the Seaton Delaval website, and was delighted to see the scaffolding removed. The stucco statues are restored, high in their niches and the tiled floor immaculate once more. You can imagine, I’m keen to go back there in the Spring. The work is a long way from finished. The National Trust have ambitious plans for this property, and many others within their care.
I’m writing this post for Paula, with the theme of Restoration, for Thursday’s Special. Do you have a restored property that you would like to share, or maybe one that’s in need of love and attention? I would be delighted to see it. When I return to Seaton Delaval Hall, I shall certainly be sharing it with you. Opening times and full details of the project are within the links.

It just remains to thank Paula for letting me play hostess, or should I say ‘lady of the manor’?

Entries to this challenge are: